How to get to Daydream Island?

Daydream Island is located just 5km from the mainland and is one of seven islands of the Molle Group, a sub-group of the Whitsunday Islands located in the heart of the Great Barrier Reef in Queensland, Australia. The island is rather secluded, measuring 1km in length and 400m at it's widest point with the highest point on the ilsand at 51 metres above sea level. The main gateway to the Whitsunday Islands is via popluar tourist destination of Airlie Beach. 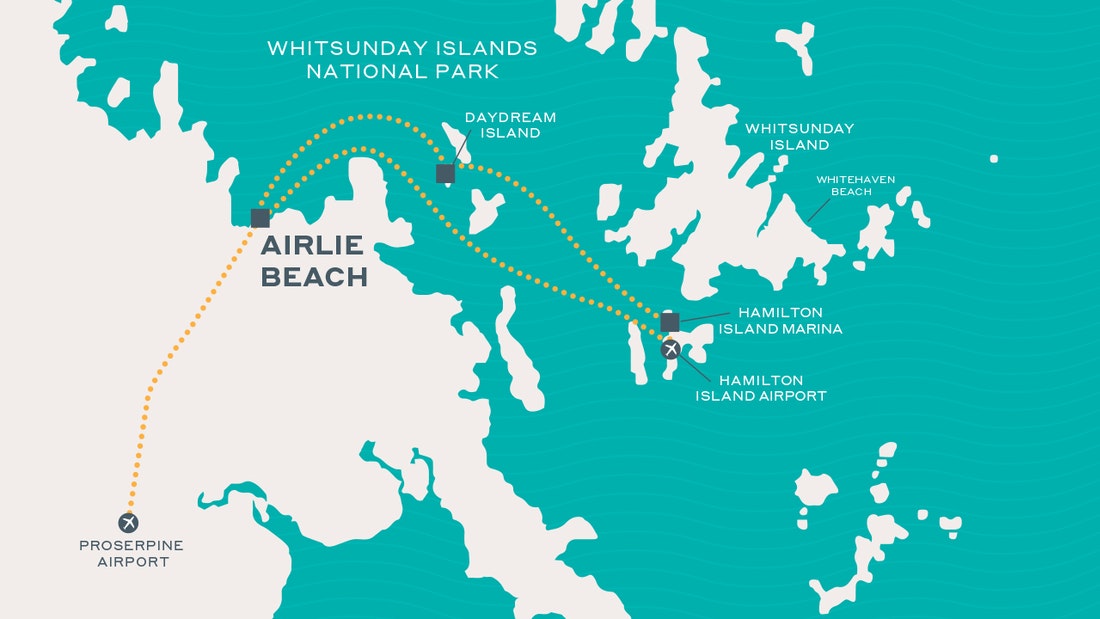 Upon arrival to Great Barrier Reef Airport, it is a short transfer to the Hamilton Island Marina to access a ferry transfer to Daydream Island. For those flying into Whitsunday Coast Airport, shuttle transfers are available from the airport to the Port of Airlie, which take approximately 45 minutes, followed a ferry transfer to Daydream Island. The ferry transfers from either Hamilton Island or Port of Airlie takes approximately 30 minutes. Please visit our ferry timetable for ferry schedules which are timed to co-ordinate with flight arrival times into both airports.

Queensland Rail operates the ‘Spirit of Queensland’ train between Brisbane and Cairns, stopping at Proserpine along the way. It’s a 14-hour journey from Brisbane and 9.5 hours from Cairns, with trains departing both cities five times weekly. ‘RailBus’ coaches run between Proserpine Train Station and Airlie Beach, connecting with each arrival and departure. Alternatively a shuttle service is available from the Proserpine Rail Station to the Port of Airlie for a ferry transfer to Daydream Island. The shuttle service from the railway station to Port of Airlie takes approximately 30 minutes followed by a 30 minute ferry transfer to Daydream Island.

The Bruce Hwy (A1) runs roughly parallel to the Queensland coast between Brisbane and Cairns. The turnoff to Airlie Beach is 1km north of Proserpine; from here it’s a 24km, 20-minute drive into Airlie Beach. Airlie Beach is a 12.5-hour drive from Brisbane (1100km), 7.5 hours from Cairns (625km), three hours from Townsville (275km) and two hours from Mackay (150km).

Ferry transfers depart from the Maritime Terminal located at the Port of Airlie Marina off Port Drive, Airlie Beach. The terminal provides a 170 space car park with prices starting from $10 per day.

A place where you can wander and wonder