In a rare event, Daydream Island hosted a special weekend visitor, a one meter flatback sea turtle that laid eggs in her own nest. Flatback seat turtles come from the Cheloniidae family, deriving their name from the unique shells which are not as rounded as other marine turtles. You will only find this species in Australia, classified as vulnerable owing to poaching, destruction of their nests, marine ecosystem changes and various coastal developments. The Daydream Island Security team was witness to this beautiful development, just as the turtle was filling up her nest after laying her eggs. Confirming the number of eggs is difficult although they usually lay around 50 at a time.

The sea turtle egg gestation or incubation period is close to 50 days and hence the nest may see activity soon. The hatchlings may then be counted as they venture towards the ocean. What makes it even more special is that the last such nesting took place more than eight years earlier on Daydream Island. The Living Reef Manager at the Daydream Island Resort and Living Reef, Amelia, stated that it is truly exciting to have a rare turtle laying its eggs on the island. She also expressed hope as to the eggs staying safe throughout the incubation period, although the island does have monitor lizards which could be a threat. Daydream Island Resort has marked and cordoned off the nesting site as well.

Flatback sea turtles are usually pale green-grey-olive or grey with a yellow bottom. Adult turtles have moderately sized heads with thicker scales and oval or heart-shaped shells. Hatchlings usually sport olive green colours and adults may grow till 1.2 metres by way of length. These turtles breed throughout tropical areas in Australia’s Northern Territory, Queensland’s islands or beaches and Western Australia. They feed in coastal belts towards the north, venturing towards the Tropic of Capricorn or the coastline of Papua New Guinea.

The authorities have been working to safeguard flatback sea turtles, with the Queensland Trust for Nature buying Avoid Island, one of the three main breeding sites and setting up its Nature Refuge here. These turtles lay roughly 50 eggs for each nest and bury them beneath the sand. The hatchlings usually emerge at night, eventually moving into the ocean. Many are sadly devoured by crocodiles and sharks with only a few of them surviving to become adults. Flatback turtles feed on diverse marine creatures like jelly-fish, sea cucumbers and corals. They usually come back to breed in the regions where they originated, with the females laying eggs on nesting beaches thereafter.

The sighting of a flatback turtle on Daydream Island and its subsequent egg-laying and nesting activity is music to the ears of marine life conservation enthusiasts. The island authorities are doing whatever they can on their part to minimize risks to the eggs as well. Daydream Island has certainly witnessed a rare and magical event. Here’s hoping that praying that it comes to fruition! 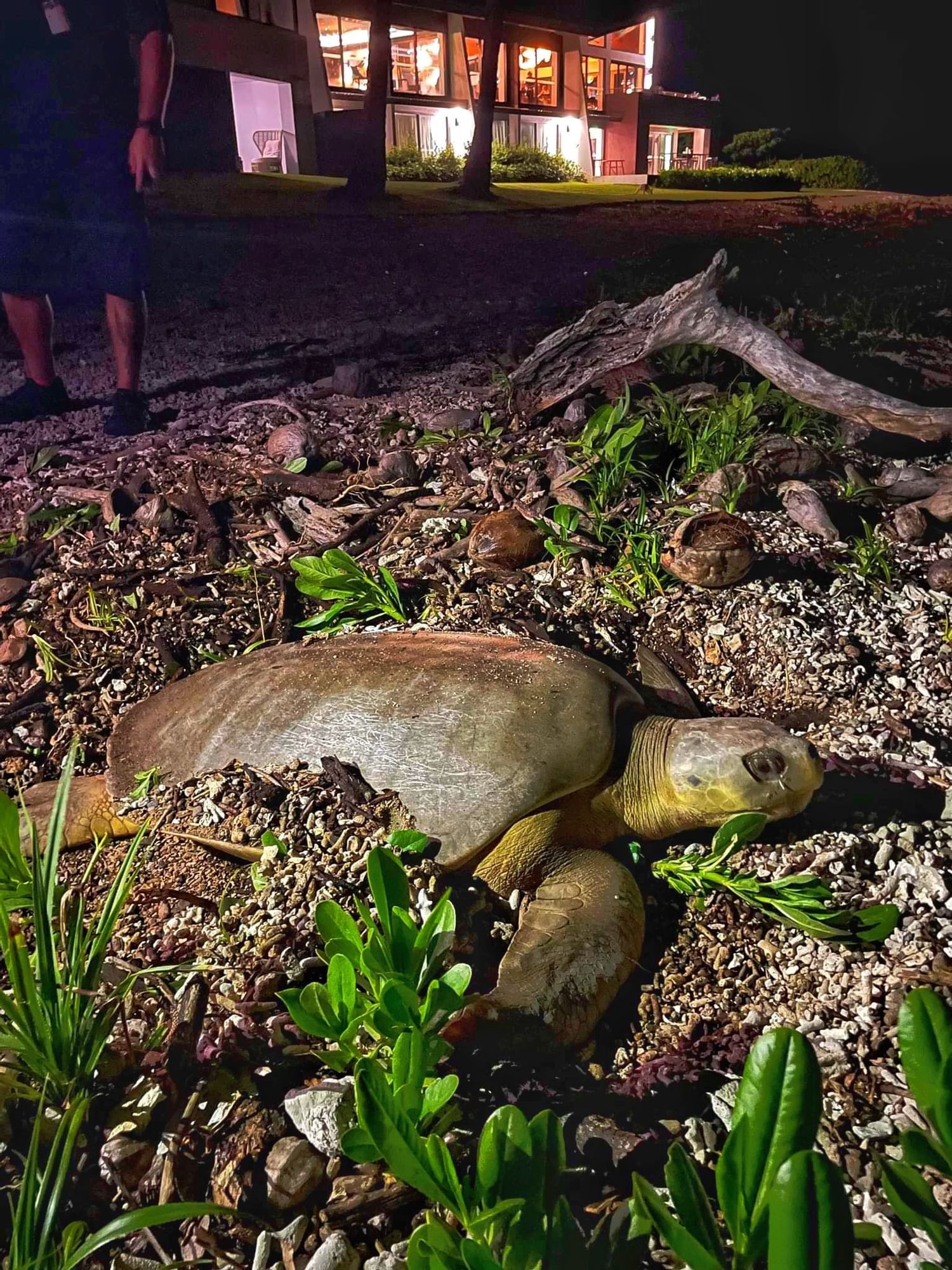